Project SMILE was started on 31st Dec 2017 by enthusiastic college students who want to contribute something to society.

What is the project about

Why we need this

Project S.M.I.L.E caters as a single solution to this three-fold problem. We generate employment and empower the unskilled and lesser privileged sections of our society. This not only makes them financially independent, but also increases their employability. The notebooks are made from recycled paper, thus directly reducing the amount of paper that is wasted. Some of the copies that are made and the old books that we get during collection are given to the slum children.

What problems are we solving ?

What  we get after installing or doing this

Impact of project in numbers

Copies made – 268 spiral notebooks made from recycled sheets

Workers involved that were trained – 5

Copies made – 302 spiral notebooks made from recycled sheets

Workers involved that were trained – 12

By  combining both the phases, the paper that we recycled (48000 sheets) accounts equal to 16 trees.

(To make one fresh A4 size sheet paper used in notebooks requires 10 litre of water.) 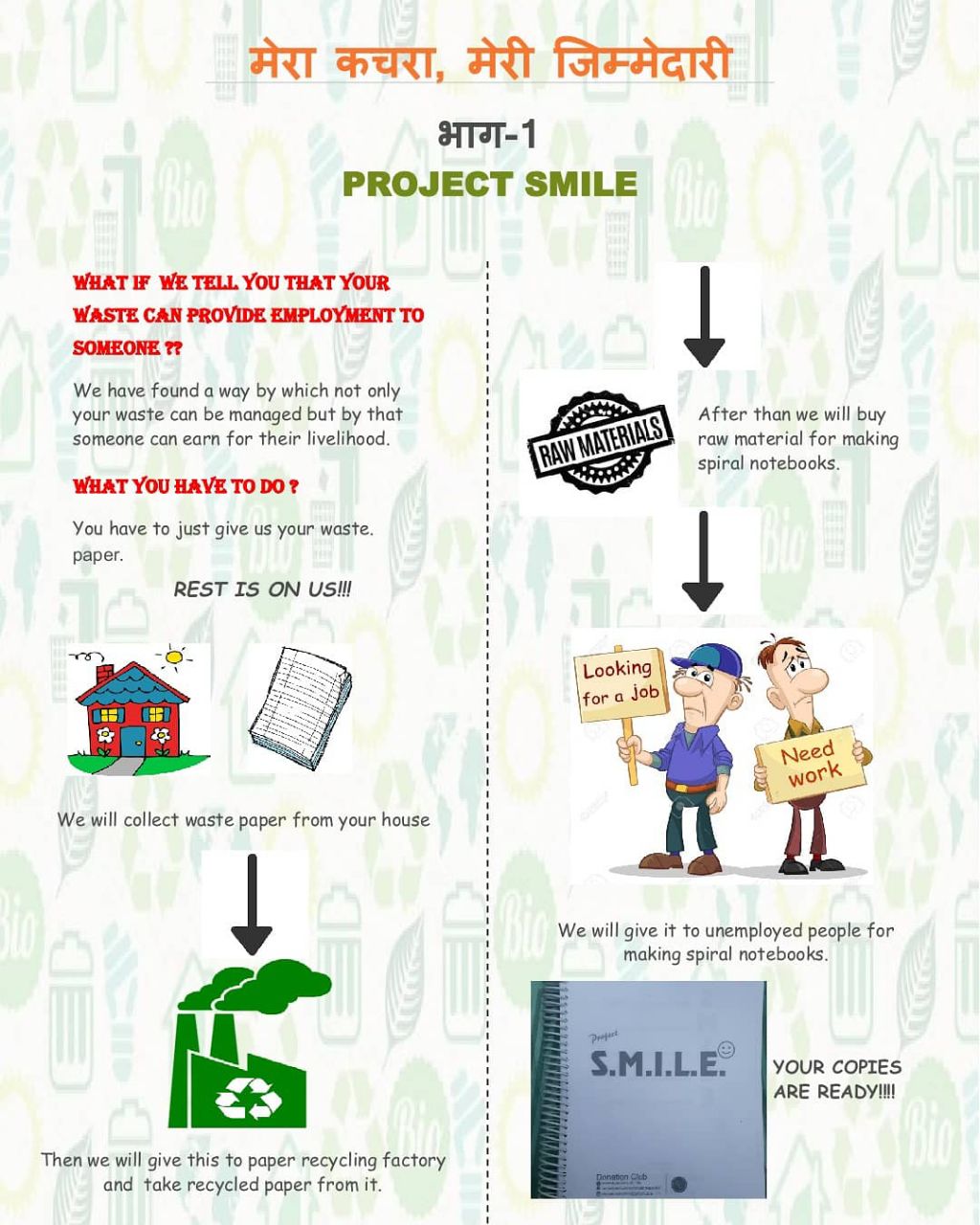